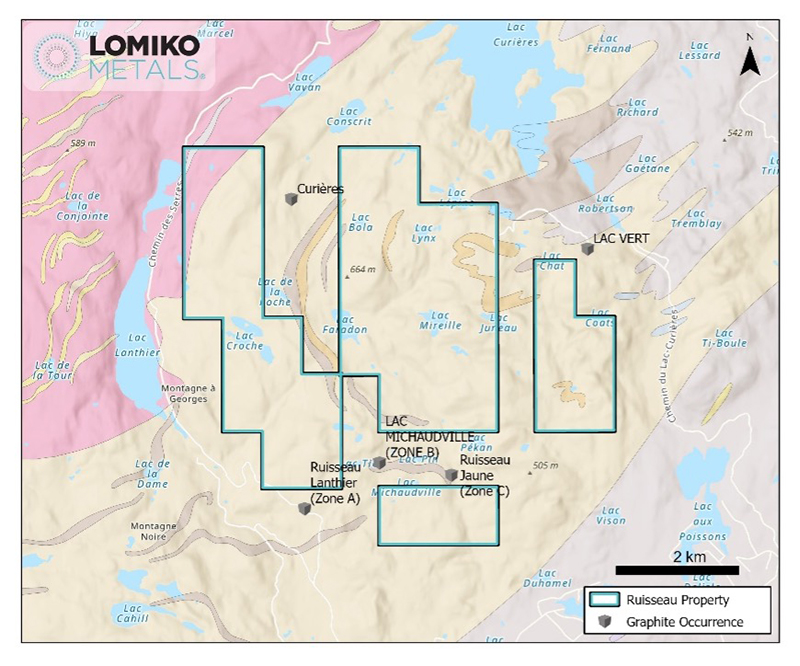 Lithology: Graphite is found within schistose gneissic bands.
: This mineralized zone of graphite is found inside bands of gneiss whose thicknesses are metric. The strength of the graphitic horizons is tightly controlled by the structure, ie a system of isoclinal folds P1 at N 232/24 degrees taken up by P2 at N 270/30 degrees.

Lithology: The host rock is a schistose paragneiss.

Morphology: This graphitic band was observed over a hundred meters in length. These bands are part of a P1 isoclinal system oriented 77° NW. Measured dips range from sub-horizontal to 63 degrees.

Morphology: The shape of the mineralized zone is tabular and conforms to the orientation of the different stratigraphic units, trending East to ESE with slight dips towards the SSW. 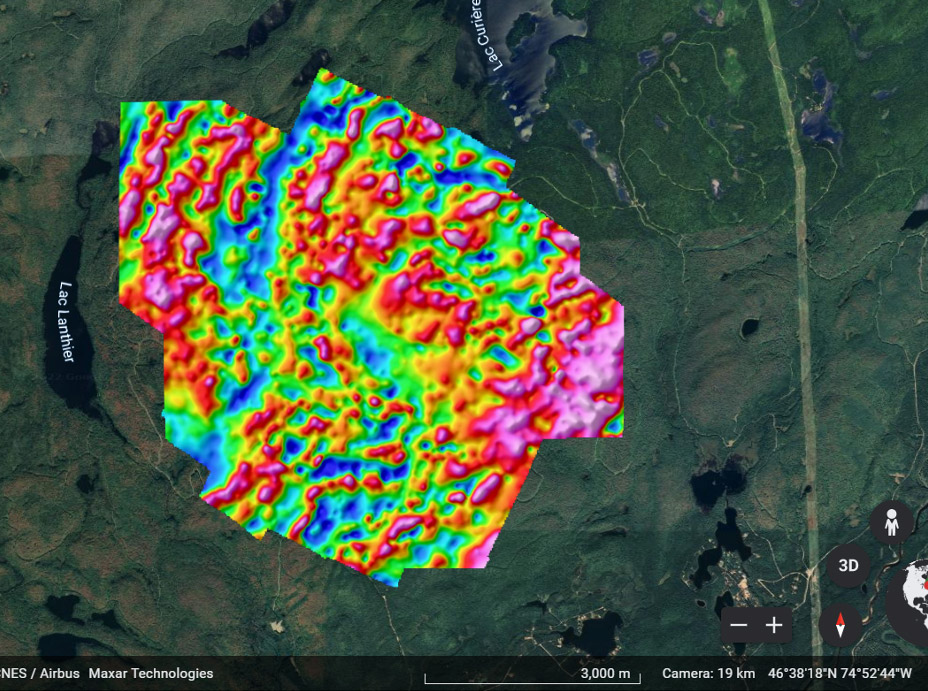 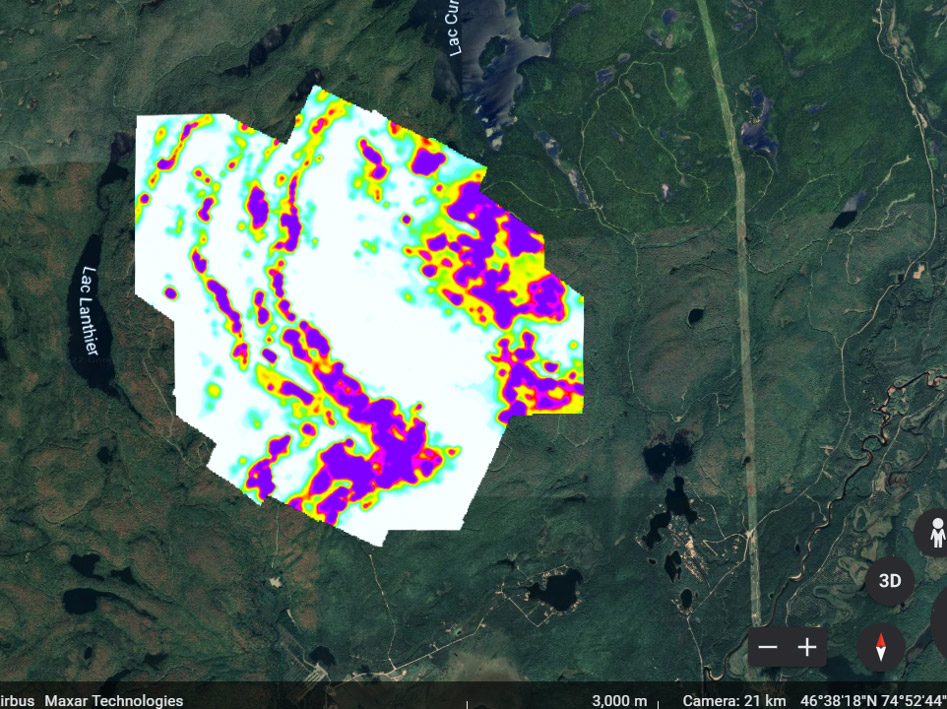