The Need for Lithium

Lithium is a critical mineral that is a key ingredient in batteries that power electric vehicles (EVs). As demand for these batteries is expected to surge in the medium term, so will the demand for lithium. In addition, lithium is traditionally used in several chemical and industrial applications, such as glass and ceramics production, lubricating grease and other uses, where it is an essential ingredient.

Lithium is the lightest known metal and the least dense solid element with the greatest electrochemical potential, leading to excellent energy-to-weight performance. This makes it a key component for applications where weight is a consideration, such as electric vehicles, consumer electronics, and certain energy storage applications.

As demand for lithium from battery makers drives up its price and accounts for a growing percentage of the total lithium available, it will become more difficult for those who need lithium for non-battery purposes to secure long-term supply. It is projected that there will be a deficit in lithium supply of up to 50% by 2030. As a result, prices are set to increase over the next five years, and deposits will be developed to satisfy the increasing demand. Canada currently has 2% to 4% of the world’s lithium resources.

The lithium supply market is relatively small compared to most other industrial commodities. The five largest global producers have a combined market capitalization of over US$60 billion and control nearly 50% of international reserves and over 90% of current production.

Lithium is mined from three different deposit types: lithium brine deposits, pegmatite lithium deposits and sedimentary lithium deposits. Each comes with different project requirements, extraction methods and processing times. Brine deposits are the most common, accounting for more than half of the world’s lithium resources. The best example of a continental lithium brine deposit is the 3,000 square kilometer Salar de Atacama in Chile, home to one of the world’s richest deposits of high-grade lithium. 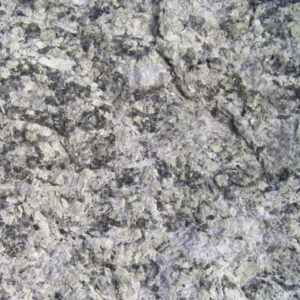 Pegmatite lithium deposits, also known as hard-rock lithium deposits, are formed from crystallized magma below the Earth’s crust. Lithium in pegmatites is most commonly found in the mineral spodumene. This is the type of lithium that is found in Quebec.

Hard-rock ore containing lithium is extracted at open-pit or underground mines, then processed and concentrated using a variety of methods prior to direct use or further processing into lithium compounds.

Global lithium consumption estimates vary widely depending on the source used. However, it is set to increase, on average, 3 to 5 times over the next ten years, placing pressure on the battery supply chain and the lithium market in general.

As prices for lithium soared in 2017 and early 2018, several hard-rock lithium projects were built to deliver raw materials to China to produce final lithium products. This resulted in an over-supply that caused prices to drop significantly and made some of that production less viable. Now, as lithium prices are climbing again, shortages in the market caused by curtailed production and halted expansions have started to emerge.

In 2020, Bloomberg NEF published a lithium-ion battery supply chain ranking 25 countries and projecting their development trajectory through to 2025 in several key sectors, including raw materials, fuel cells and components, the environment and demand, among other things. According to the ranking, China is expected to remain the global leader in the lithium-ion battery supply chain until 2025 – not only because it has the largest industry overall but also because it has the biggest end-user market. It also has the greatest direct and indirect control over most raw materials for batteries. Meanwhile, the United States is expected to move from sixth place in 2020 to third in 2025, while other countries in the Top 10 include Canada and the United Kingdom.